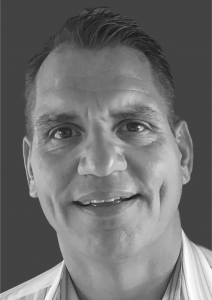 Good at everything he did, Kevin Ramaekers locked up the Athlete of the Year award in 1988 by earning all-state honors in football, winning gold at the state wrestling meet and winning the all-class gold medal in the shot put at the state track meet. A Bally All-American in 1987, he helped Norfolk Catholic reach the state championship game his senior year, concluding a career where he was a two-time all-class, all-state player. On the wrestling mat, he finished third at state as a sophomore and a junior before winning his senior season. Posting the fourth-best shot-put mark in state history, he won back-to-back all-class gold medals. A three-year mainstay on the defensive line at Nebraska, Ramaekers earned All-Big Eight honors as a senior and was inducted into the Nebraska Football Hall of Fame in 2007.