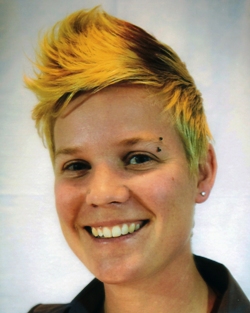 Leigh Suhr blazed a new trail at Papillion-LaVista High School, becoming the school’s first female athlete to win 12 letters. Suhr especially excelled on the softball diamond where she was a four-year starter at shortstop on a team that won three state championships. The Nebraska Gatorade Player of the Year, she finished her high school career with a .401 batting average and a state-record 23 triples. The Monarchs won 32 straight games during Suhr’s career. Described as a smart defensive player and a tenacious competitor, she went on to be a four-year starter for the Nebraska Cornhuskers, ranking in the top 10 in most offensive categories. Besides her softball skills, she was a two-time state qualifier in track, an all-state honorable mention player in soccer and an all-state selection in basketball.