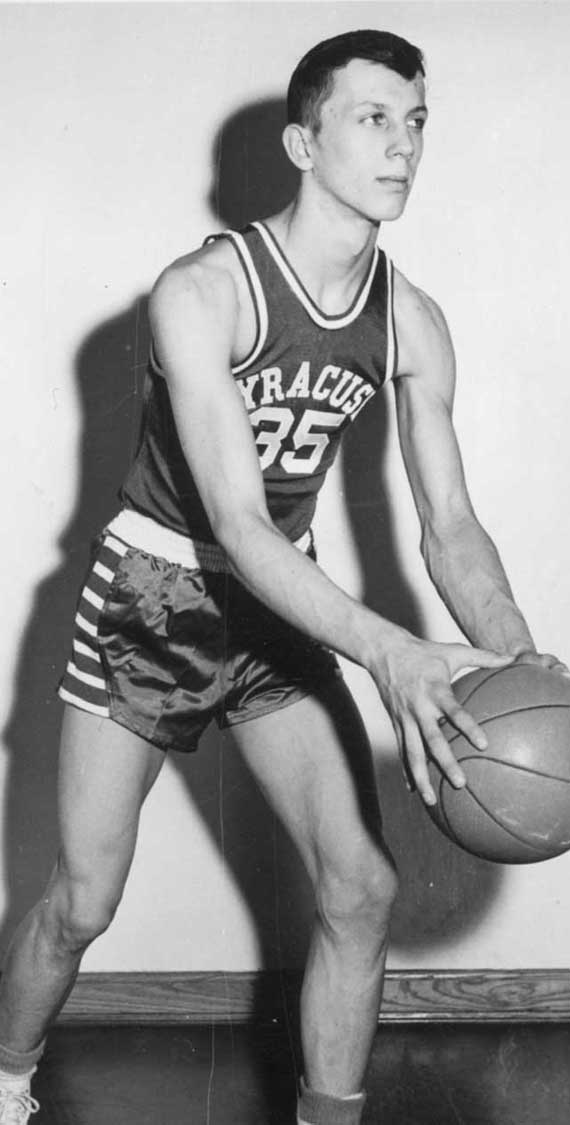 Coach, Athlete.  A member of a very athletic family, Lyle excelled in football, basketball and track.  Lyle was a four-year letterman in football and basketball and would have been in track had it not been for a knee injury in the last basketball game his senior year.  Playing at three positions in football — quarterback, halfback and end — he was selected all-conference for three years and Class C all-state his senior year.  If one sport had to be picked as his best, it would have to be basketball.  Syracuse lost only seven games during his career and was the undefeated state champions his senior.  He earned all-state honors in 1952, ’53, ’54, and all-class all-state in ’54.  Other honors include being chosen one of the top five players in ’53 and ’54 by the Lincoln Journal-Star and the Omaha World-Herald and the all-state-tournament team by the Hastings Daily Tribune.  The Lincoln Journal-Star selected him as the Athlete of the Year in 1954.  In 1953 Lyle added more hardware to his collection by winning Class C  high hurdle race at the state track meet and placing second in the low hurdles.  He attended college at UN-L lettering in basketball three years, and was on the team that beat Kansas University with Wilt Chamberlin.