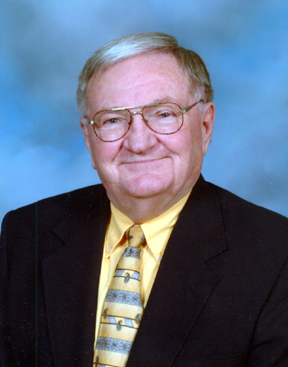 Known for his sign-off: “Have a good day the rest of this one, a good tomorrow and take care of yourself,” Ahmann was the primary face and voice of Nebraska high school sports while hosting KOLN/KGIN’s Friday night Sports Roundup from 1972 to 1980. Ahmann has also worked as a broadcaster in Lexington, North Platte, Sioux City and Wayne, as well as in Iowa and Michigan. He called the 1966 “Game of the Century” between Michigan State and Notre Dame.  Throughout his radio/tv career, high school sports got first-class treatment. At 74, Mark was still active at the station hosting the morning show “The View from Wayne America” each weekday. He continues to do play by play calling for many of the high school and college games. Mark is a local celebrity who emcees many events in Wayne and throughout the state.

He is a long time employee of the Wayne KTCH station and was general manager at one time.