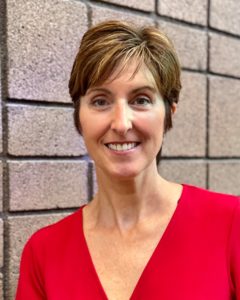 Nearly 30 years after she cleared 5’11” to set the state and meet records at the 1987 Nebraska High School Track and Field Championships, Meredy remains atop the record books.  Consistently clearing 5’7” or better throughout her high school career, she was named the Nebraska and Central Region Gatorade Track Athlete of the Year in 1987 and was a two-time gold medalist in the high jump.  Hampered by a foot injury, she tied for the gold medal as a junior, but lost on criteria.  In Junior Olympic competition, she won six national titles and set her age group record.  A four-year letterwinner and a two-time Big Eight Champion in the high jump, she earned All-American honors as a junior.  She has taught and coached volleyball and track in Arizona.