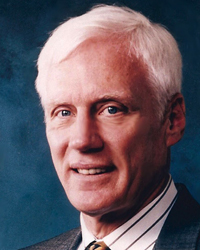 Class of 1955
Athlete
Magic Mike Dugan collected all the honors–All-Catholic All-American, Wigwam All-American and a two-time all-state quarterback–while leading the Junior Jays to back-to-back state titles and 20 straight football victories. An outstanding pitcher as well, he earned two all-city selections while carrying Prep to back-to-back inter-city championships. He also played forward on the basketball team where he was a three-year letterman. Prep was the Class A basketball runner-up in 1955.  After high school, he went to Notre Dame where his athletic career was plagued by injuries.