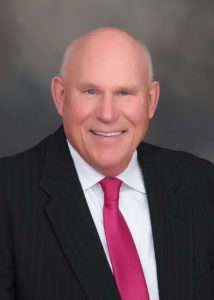 Norm Manstedt’s legendary 50-year career alongside the wrestling mat produced four wrestlers who were three-time state champions.  Another 22 times his wrestlers left the state tournament with gold medals.  His 1972 Clarks team won the Class D state championship in the third year of the program’s existence, and the 1978 team finished second.  Three teams in the 1980’s finished third.  Manstedt started the wrestling program at Clarks High School in 1969 and coached the team through its consolidation into High Plains.  A four-time national coach of the year finalists, he was inducted into the Nebraska Scholastic Wrestling Coaches Association Hall of Fame in 1986.  He also coached football for five years at Clarks.