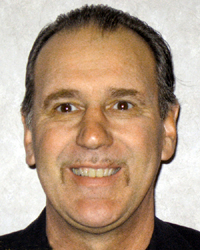 Athlete, Class of 1974. Pat Hodges had the magic touch. Named the 1974 high school athlete of the year by the Omaha World-Herald and Lincoln Journal Star, Hodges built his credentials in football, basketball and track. On the football field, Hodges played end on offense and defense for the state champion Minutemen of 1972 and 1973. On the basketball court, he twice earned All-Southwest Conference honors, establishing a conference scoring record with 1,183 points, and led Lexington to the Class B runner-up finish in 1974. He also set the state record by making 47 consecutive free throws. In track, he won four gold medals at the state meet, setting the state record in the 880-yard run (1:55.1). He also won the 440 and ran on Lexington’s winning 880 and mile relays while leading the Minutemen to the team championship.