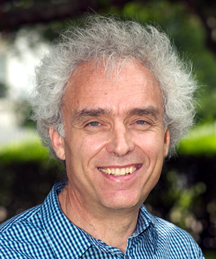 Athlete. Randy Reeves, the 1966 Omaha World-Herald Athlete of the Year, excelled on and off the field. Reeves was the valedictorian of his class of more than 800 students and a National Merit Scholar. On the football field, he was a three-year starter for the Benson football team and received All-Metro, All-State and All-American honors and was named the Coca-Cola Back of the Year. He was a two-year starter for the Benson basketball team. In track, Reeves won the gold medal in the pole vault at the state track meet in 1965 when he cleared 14 feet. He was the first Nebraska pole vaulter to reach that height. Reeves went on to play football for the University of Nebraska where he lettered from 1967 to 1969. In 1969 Reeves was an Academic All-Big Eight and Academic All-American defensive back.