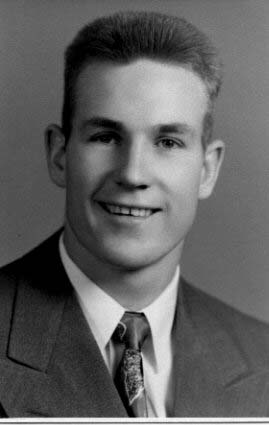 Athlete.  In 1949 this young man was called by many the best high school athlete ever seen in the Omaha area. And for good reason. That fall he helped lead Omaha Technical High School to an undefeated Class A football state championship as quarterback of the Trojans. He was an all-around reliable athlete, starring for four years in basketball, three years in football, four years in baseball, and even one year in track & field. One of the rare athletes to receive All-American honors while in high school, he later lettered at the University of Nebraska in both football and baseball. He was a baseball college All-American in 1953 as a pitcher, with a 6-0 pitching record and a .095 earned run average.