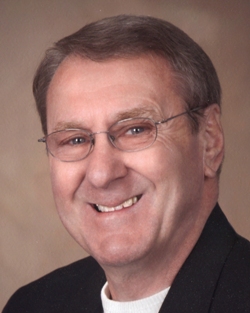 With eight carries, six touchdowns, 284 yards in a victory over a previously unbeaten team. Reggie Smith proved unstoppable at times. He led West Point Central Catholic to an undefeated season with 1,566 yards on 160 carries. A leader with a great attitude, he played with intensity and was a natural runner, earning all-state and All-American honors. A linebacker with a knack for finding the football, Smith was “the best athlete I have ever coached,” Hall of Fame coach Lyle Nannen said. In basketball he averaged 18.3 points per game his senior year, and he threw the shot put more than 50 feet. He was recruited to play football at Nebraska, but transferred to Wayne State College after two years, earning all-conference honors as a running back for the Wildcats.

Recently the Class of 2013 inductees to the Nebraska High School Sports Hall of Fame were announced. Altogether, 10 athletes, four coaches, two contributors and one official will be inducted in September.

One of those inductees with local ties is former Sandhills football head coach Reggie Smith. Smith is being inducted as a player for his exceptional play as a high school athlete in football, basketball and track.

“It’s almost beyond words. If you think of the percentages of kids who played Nebraska sports and then being selected as one of many to get inducted into the hall of fame, the percentage it pretty high,” said Smith.

Smith said when he received his induction letter he found his old scrap-book and reminisced about his playing days and says he still gets chills about the positive comments people left about him.