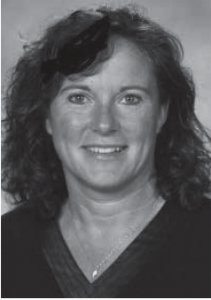 Rochelle Rohlfs forged Omaha Marian into a volleyball power, rolling up a 718-245 record in her 26 years as head coach. Her career included four state championships, four other state finals appearances and a total of 21 trips to the state tournament. She coached in the Nebraska Coaches Association All-Star Game three times and has won several Coach of the Year awards. An educator at heart who viewed coaching as teaching, she had eight of her former players go on to become head volleyball coaches at Nebraska high schools. She also had brief stints coaching soccer and track at Marian.