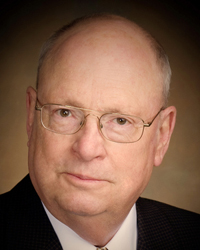 Contributor. A Kansas native, Roger Barry has been an organizer and promoter of wrestling and girls track in Nebraska since graduating from Nebraska Wesleyan in 1959. As an assistant football coach at Neligh, he helped turn around a struggling program that went 17-1 in 1960 and 1961. He also inaugurated the school’s wrestling program, bringing home the state runner-up trophy in the program’s third year. He started a girls track club that competed on the AAU level. After moving to Schuyler in 1963, he repeated his efforts, launching the high school wrestling team, a youth wrestling program and a girls track club. When track became a sanctioned high school sport, he served as Schuyler’s first girls track coach from 1971 to 1998. After coaching, he continued to be active in organizing the Nebraska Scholastic Wrestling Coaches Association and the Nebraska High School Sports Hall of Fame. The director and organizer of the NSWCA wrestling ratings and a charter member of the NSWCA Hall of Fame, Barry produces the audio-visual productions used at the NSWCA and NHSSHOF induction ceremonies.