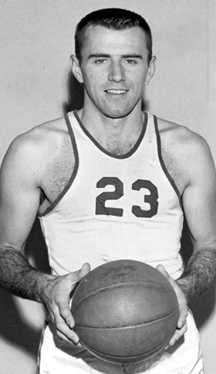 Scored 1,925 points in his high school basketball career, including a career-high game of 54 points his senior year when he averaged 32 points per game. He averaged 24 points a game throughout his four-year career.  He made 31 consecutive free throws during one stretch of his senior year.  His career ranked fourth in history at the time of his graduation. He was all-conference at Peru State in 1958 and on the NCC championship team in 1957-58.  He spent 38 years in the Millard Public Schools, starting as a teacher and coach and retiring as superintendent.