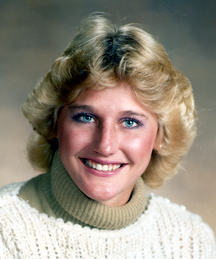 Athlete.  Shelly (Block) Tvrdy was a standout in track, cross country and basketball at Gothenburg High School where she holds school records in the 800, 1,600 and 3,200-meter runs. In cross country, Block placed in the top three in every meet her sophomore, junior and senior years, except for the state meet her sophomore year. In basketball, she was a member of the 1983 Class B Omaha World-Herald and Lincoln Journal Star All-State basketball teams, as well as the 1983 Super State and All-State Tourney teams. As a junior she was the leading scorer in the state, averaging 24 points per game, and Gothenburg was the state runner-up her senior season. In track, Block won 15 state meet medals – four as a freshman, three as a sophomore, and four in her junior and senior years. Block attended the University of Nebraska-Lincoln where she was a two-year starter on the basketball team.