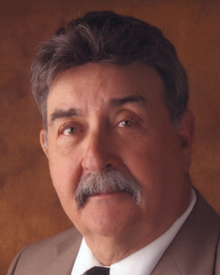 Few coaches can match Steve Morgan’s success. Morgan created a dynasty without equal in Ogallala. At the time of his induction in 2012, Morgan’s 38-year volleyball coaching career included 788 victories, three state championships and four runner-up finishes in 25 state tournament appearances. His career did not include a losing season. During his tenure, the Indians dominated the Southwest Conference, winning 24 consecutive league titles and an overall league record of 177-13. Recognized for his skills in teaching the game, Morgan inaugurated youth programs at Ogallala that helped create the team’s success along with more than 60 athletes who went on to play collegiately. His camps have drawn teams and players from Washington, California, Texas and Canada.