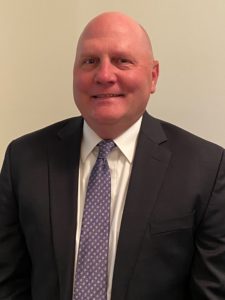 Elkhorn South’s Terry Graver led the Elkhorn and Elkhorn South softball teams to the highest level of success.  In the first 21 years, Terry’s teams piled up 533 wins, 5 State Championships, four State Runner-Up trophies and made a total of 15 state tournament appearances.  From 2003-2007, his Elkhorn team had a five year run of 30 win seasons and four straight State Championships.  He coached more than 60 All-State players and led his team to 12 District and 13 Conference Championships. Terry’s head coaching career began in girls’ basketball in Clarkson where he coached for eight years.  He returned to the basketball bench 15 years later with the creation of Elkhorn South.  He led the Storm to the State Championship in 2016, as well as five other State Tournament appearances.  He retired with a basketball coaching record of 260-139.