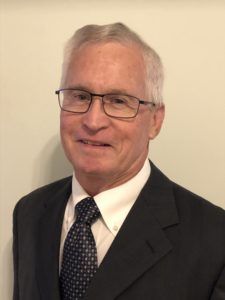 Tim followed the legendary Vince Aldrich at his Alma Mater, Lincoln Pius X, and built his own legacy.  In 31 years as the Thunderbolt’s football coach, Tim took the team to the playoffs 22 times, winning the Class B State Championship in 1995, 1997, 1998 and 2004.  Four other teams reached the state semi-finals.  He retired after the 2015 season with a record of 208-131, which included three years at Cozad.  Described as a noble figure and man of character, Tim earned the Coach of the Year trifecta being honored by the Omaha World Herald, the Lincoln Journal Star, and the Nebraska Coaches Association.  He also coached track at Pius for 27 years, helping the boys’ team to win State titles in 1985 and 2009.