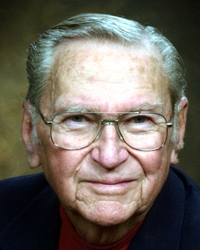 Contributor.  Tom Hallstrom’s passion for track and field didn’t go unnoticed. “If a Heisman Trophy was awarded for contributions to track and field, Tom Hallstrom would certainly be this year’s winner,” President Richard Nixon said while honoring Hallstrom in 1972. A physical education teacher and administrator in Omaha Public Schools for 40 years, he coordinated the physical education program for OPS from 1966 to his retirement in 1988. Hallstrom directed the state high school track meet from 1973 to 1979. He was a national chairman for the AAU’s Junior Olympics in Track and Field and organized the first major AAU meets in the state. A major factor in the implementation of boys and girls gymnastics in Nebraska high schools, he was a founder of the Nebraska Athletic Directors Association.