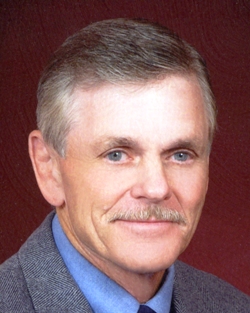 KEARNEY — When Tom McCann started coaching wrestling, he found more than a job.

“I never dreamed the ride would be this good,” said McCann, who retired at the end of last year. “I really enjoyed my time at Kearney High.“That’s what they say, ‘You don’t want a job, you want a career.’ You want to do something you like so that every time you go to work, it’s not work.”

McCann’s 45-year coaching career paved the way for his induction into the Nebraska High School Sports Hall of Fame.

The Hall’s 20th class of inductees was announced Sunday. The induction ceremony is Sept. 15 in Lincoln.

“Over the years I’ve seen all the coaches that have gone in and the great athletes and to be in that company is a great honor,” McCann said.

He was in the corner for 34 individual state champions and 15 wrestlers who went on to earn All-American honors in college.

“I’ve had some (congratulatory) text messages today from quite a few kids I’ve coached and like I responded to every one of them, they’re the reason why,” McCann said. “There are so many great kids I’ve coached and had a chance to be associated with, not only at the high school level, but the guys I’ve worked with on international teams.”

McCann, who served as an assistant coach at the University of Nebraska at Kearney this season, has been one of the most active coaches in amateur wrestling outside fo high school, taking teams to dozens of junior tournaments and tours.

He’s taken teams to Romania, Poland, Germany Russia, Bulgaria and Iran. He pioneered the Main Exchange, where teams from Maine and Nebraska visit the other’s state in alternate years for a series of duals and life experiences.

He keeps in touch with many of those wrestlers.

“You get a chance to work with individuals and have a part in maybe shaping who they become and what they become. That’s the joy of coaching,” he said.

He also stays in contact with his own coaches, from high school, junior college and college.

“Without those guys I wouldn’t be the person I am today. … My heroes are the guys who were my coaches,” McCann said.