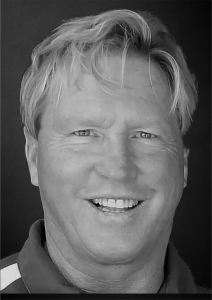 Tecumseh (Class of 1971)
Tony Davis’ hard-nosed running style churned up yard after yard and touchdown after touchdown for the Tecumseh Indians. A four-year starter, Davis rushed for more than 5,000 yards, including 1,700 yards his junior and senior seasons. The leading tackler on defense, he also returned punts and kicks. He earned all-state and All-American honors in 1969 and 1970, averaging more than 10 yards per carry both years. He started in basketball and was a state qualifier in track as a hurdler. In college, he started at I-back and fullback for the Nebraska Cornhuskers, earning MVP honors in the Cotton Bowl in 1973 and Sugar Bowl in 1974. A fourth-round draft pick of the Cincinnati Bengals of the NFL, he left the Cornhuskers as their all-time leading rusher. He played six seasons in the NFL and one in the USFL.