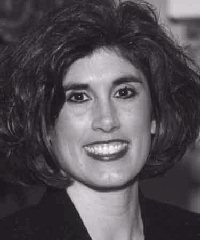 Athlete. Trudi (Veerhusen) Nolin was pretty much an “All Everything” athlete at Adams High School, three-sport athlete and a total of 12 varsity letters.  She started every one of 100 total games in basketball that had a team record of 96-4.  Two of those losses were in state tournament competition when Adams lost the semifinal game in 1984 and the championship game in 1986.  They were State Champions in ’85 and ’87.  Three-time All State in basketball.  Class D1 All State three years by both Metro newspapers, Class D1 All State captain two years, Class D1 State All Tourney team four years, All Class State All-Tourney team three years and Super State First Team by the World Herald her senior year. Trudi set three school records for Adams, career scoring (1,678), most points in one season (579), and most points in one game (43).  She also holds state tournament records for single game scoring 40 (tied all class record), all class points in the state tournament for one year (94), and was the all-time career state tournament scoring leader with 261 points. Trudi was selected National High School All-American Honorable Mention in 1987 and  that just covered basketball.   She was All Conference and All State honorable mention in volleyball plus holding school records in the 100 meter and 300 meter hurdles in track.  She went on play for Doane College and started every one of the 134 games played during her four years there.  Top honors at Doane included twice All Conference second team, twice All Conference first team, twice State College first team, State College Athlete of the Year (1990-91), All American Third Team in 1990-91.  On the Doane College school record board no less than 15 times and District 11 four times.  Teaches mathematics and assists in basketball and coaches freshman volleyball at Omaha Westside High School.