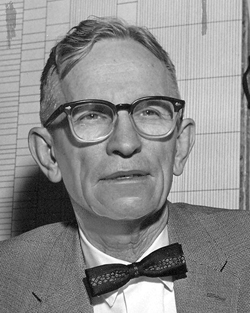 Coach–It takes a special kind of talent to coach a sport and promote the sport at the same time. Such a man was Coach Vern Ekfelt, a wrestling and baseball coach at Omaha Central High School from 1943-1948, and then more coaching at Omaha North High School between 1948 and 1974. While his wrestling teams won five state championships, he materially aided in the development of high school wrestling as a sport throughout Nebraska. He initiated a season-opening invitational tournament at Omaha North High, a unique event. From 1980 onward, that tournament was called the Vern Ekfelt Invitational.

Coach Ekfelt wrestled for four years at the University of Iowa without having had the benefit of a high school program.  He was also active as a wrestling official for some 20 years besides his coaching duties.