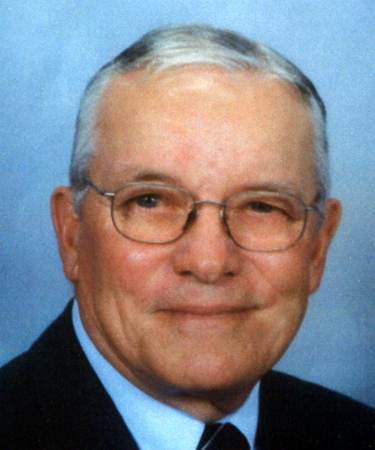 Contributor.  A longtime coach and athletic director at Lincoln Southeast, Wally McNaught was involved in high school sports for more than 45 years. He coached football, basketball and track while at Harvard, Crete, Omaha Bryan and Southeast. He led Lincoln Southeast to the state basketball tournament (boys) five times, finishing second twice. While he was athletic director at Southeast from 1985 to 1993, the Knights established a dynasty, winning 27 state team championships. McNaught served as an officer in the Nebraska Coaches Association and the Nebraska Interscholastic Athletic Administrators Association. He has been recognized as “giving birth” to the Nebraska Coaches Association All-Star Basketball Game and served as a director for the Cornhusker State Games. McNaught has won several professional awards and honors and has been a member of the Hall of Fame Board of Directors since 1997, serving as president from 2005 to 2007.

A typical McNaught thought:  “There’s a perspective beyond winning that helps me over the rough spots. There are doubts and discouragement that go with the territory. But tomorrow you wake up and it’s a new day and you gain more perspective on how appreciative you should be in having as good a job as teaching and coaching.”  He died in 2014.