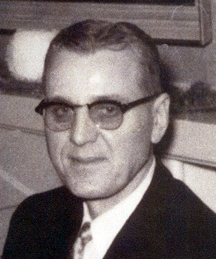 Athlete.  Despite his height – 6 feet, 6 inches – Willard Schmidt did not start playing basketball until his junior year when he joined the team coached by Hall of Famer Joe Sukovaty. His junior year, Schmidt led his team to a Class L state basketball championship. Schmidt scored 43 of the 107 points the team tallied in four games. His senior year (1928), Schmidt, by then an inch taller, led Swanton to a 22-1 record and a Class F title. Swanton outscored its opponents 109-46, and Schmidt had 45 of the 109. Schmidt went on to play for Creighton University from 1931 to 1934 and was a three-time All-Missouri Valley Conference selection. Creighton was the MVC champion the 1931-1932 season and runner-up the next two seasons. Schmidt played for the AAU national championship team from McPherson, Kan., in 1936 and was picked for the 1936 Olympic team that won the gold medal in Berlin – the first American team to win an Olympic gold medal.