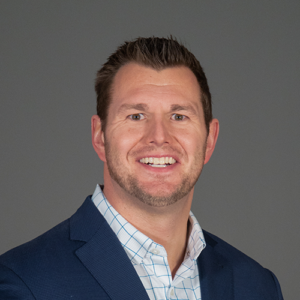 Creighton Prep built winning teams around Zach from the time he first stepped onto the field to lead the freshmen football team to an undefeated season.  Only a few months later, he was contributing to the varsity basketball team’s state championship.  He earned All-State football honors as a defensive end and tight end his junior and senior seasons, helping the Junior Jays win the State Championship as a senior in a rematch of a state championship game loss the year before.  As the basketball team’s center and captain his last two years, he averaged 19 points and 11 rebounds per game while leading the team to the 2005 State Championship.  He was named the Lincoln Journal Star Athlete of the Year in 2005.  Zach went on to have a successful football career at Nebraska, earning All-Big 12 honors as a defensive end and setting team records for blocked kicks. He played tight end in the NFL for six years.