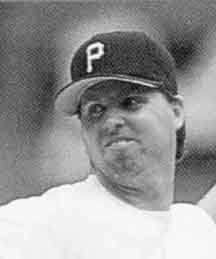 Athlete. Before graduating in 1979 Zane starred in football and basketball for the Bulldogs.  He was selected All-Big Ten conference in basketball in 1978 and 1979 averaging 15.3 points a game.  In the 1979 season he had an 81.9 free-throw percentage and led the team in rebounding and steals.  In football he was All-Big Ten his senior year leading his team in scoring with 90 points.  In one game against Scottsbluff he ran for 218 yards and scored three touchdowns.  After high school he attended Indiana State University where he was a pitcher from 1980-82 and earned All-Missouri Valley Conference honors during the 1982 campaign. That year Zane led the Sycamores in strikeouts, innings pitched and wins. Following that 1982 season, he was selected in the first round of the Major League draft by the Atlanta Braves, where he began a 13-year career in the Major Leagues. Throwing southpaw and playing for four teams, he had a career record of 100-115 with a 3.74 ERA from 1984-96.  His best years were 15-10 with Atlanta in 1987 and 16-10 with Pittsburgh in 1991 with a 3.20 ERA.