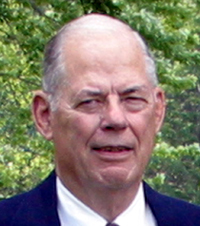 Athlete. Dan Brand’s path to the 1964 Olympic bronze medal in wrestling followed a round-about path. At Bellevue High School, he participated in football, basketball and track, achieving modest success. At the University of Nebraska, the 6-foot, 5-inch Brand played on the freshman basketball team but was cut from the varsity as a sophomore. He signed up for the intramural wrestling meet, winning the heavyweight division and beating the Huskers’ varsity heavyweight. On the varsity, he went 3-15 as a sophomore, improved to a .500 wrestler as a junior and earned All-American honors by finishing fourth at the NCAA meet his senior year. In 1960, he placed second in the AAU freestyle championships and fifth at the Rome Olympics. From 1961-64, he won four national AAU freestyle championships, one Greco-Roman championship and placed third in the world championships in 1962 before finishing third in the Tokyo Olympics in 1964.