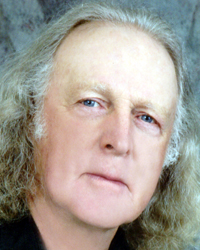 A “late bloomer,” Gary Power developed into a world-class hurdler after graduating from Omaha University. At age 23, he started to grow, adding an inch of height and nearly 20 pounds while shaving half a second off his 100-meter dash time. While living in California, he also became a devotee of weight training and nutritional discipline. The changes turned him from a Class B state meet silver medalist from Gothenburg into a rival of, and sometimes victor over, Olympic champion Willie Davenport. A fixture in international track meets, once ranked fourth in the world, Power’s hopes for an Olympic medal in 1968 and 1972 were spoiled by injuries prior to the trials.